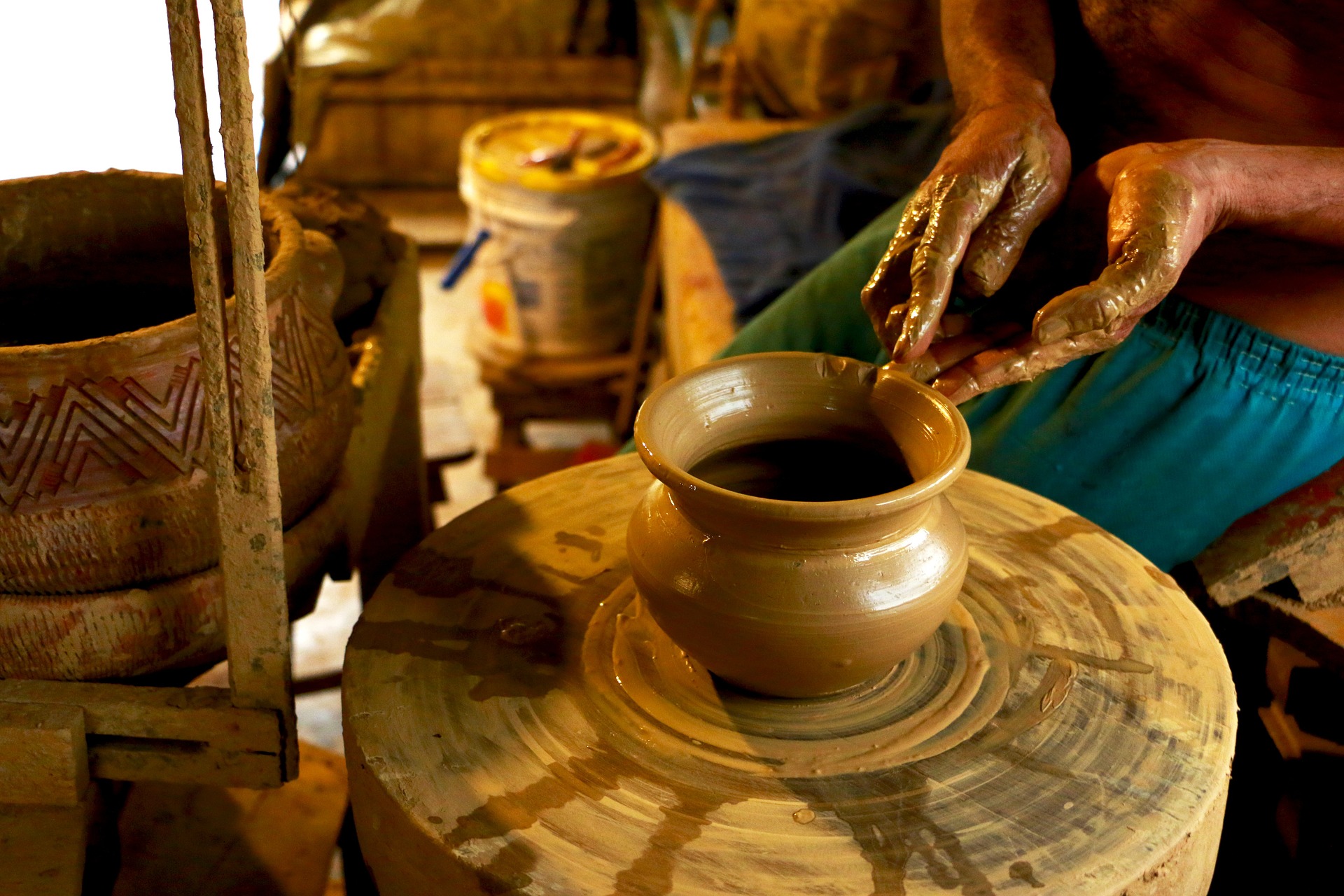 For thousands of years, ceramics and pottery have been part of human culture, and shaping the clay requires some special skills. Artists that make and bake the clay must have a common name.
So what do You call someone who does Pottery?

People who make pottery are called potters and the word potter comes from the Old French word,  poterie. Generally, pottery refers to clay items made on a potter’s wheel.

Clay that is poured into a pre-made mold, fired, painted, and sometimes fired again, is called ceramics, and not pottery. People who make those molds are ceramicists or “ceramic artists“.

Pottery usually refers to functional art and everything from ceramic garden pots to dishes, vases, and anything that serves a specific function. They can be hand-thrown, molded, or occasionally hand-built. Artists who make pottery can also be the one who makes sculptures from ceramics.

Pottery is a bit easier to sell than sculpture, and you can make more money with cups and plates than with some unique pieces of ceramics. Mostly because people would rather buy a set than one piece of sculpture.

People with academic backgrounds call themselves potters to distance themselves from the craft of pottery and make it a “fine art” in some way.

Back then hundreds of years ago in English culture craft was something that only lower-class tradespeople did. They used the word ceramics to make it fancier and elevate it in a way.

Why Is It Called Throwing Clay?

Origin of “To throw” comes from Old English – twist, to turn, to propel. This is a general term and when people talk about throwing pottery, they basically refer to the process from the time the clay touches the wheel to the time the wheel is stopped.

Potters are turning their pottery wheel in order to make nice shapes, so that is why it is called throwing clay.

The origin of  “To throw” is from Old English thrāwan, and it means to twist, to turn, to propel. As potters turning the wheel in order to make shapes become popular in the pottery language.

This Table can help you with choosing the right amount of clay whether you are making a small cup or large bowl.
In this most commonly used sense, throwing is the entire activity of shaping the clay on the potter’s wheel.

What Is Hand Building With Clay?

Making pottery by hand-building is an ancient technique and involves creating forms using your hands, fingers, and some simple tools but without a pottery wheel.

One of the techniques is the slab technique which starts with smooth slabs of clay that are then formed around molds, or you can shape them by hand.

Difference Between Pottery And Ceramics

When we pour clay into a pre-made mold and then fire it and paint it, we get ceramics.

The artist who is doing this is called a ceramicist. Ceramics are things made from materials that are permanently changed when heated.

There is no singular term for people who make pottery or work with clay. Here is the list of common terms used:

Potter: this is every individual craftsman working with clay

There are three main groups of pottery:

Clay that is similar to stoneware, but with added ingredients that cause it to melt at a much lower temperature (below 1200°C) so that it is porous after firing.
It’s also dense and you can scratch it with sharp objects.
For the best result, glazes for earthenware need to be able to melt at similarly low temperatures.

A common example is Terracotta

When fired, this clay is fired to a higher temperature (about 1100-1300°C) and is generally impervious to moisture.
Glazes are used on stoneware, too, but it is not necessary for them to become impermeable.

Stoneware is dense, impermeable, and hard to resist scratching by a steel point, but differs from porcelain because it is more opaque, and usually only partially vitrified.
It is usually colored brown, grey, or, sometimes brownish because of impurities in the clay used for its manufacture, and is normally glazed.

This is a ceramic material made by heating materials in a kiln. Traditionally it was white, smooth, vitreous, and fired at very high temperatures – around 1200-1400°C.
That way all the minerals inside the body at high temperatures form strong and tough pieces because mullite is formed during firing. Porcelain is also often translucent.

They almost all have a very high amount of shrinkage in firing with over 10% and are not very porous after firing.

Modern pottery can be classified in two ways:

Studio pottery (studio ceramics) can be quite diverse. Production potters are most active in making large quantities of ceramic wares such as plates, platters, dishes, bowls, and so on. Production potters can sit down with a hundred pounds of clay and throw the same form all day. Production potters often employ the technique of throwing off the mound because it reduces time spent centering the clay and moving bats on and off the wheel head.

Related Article: What is the cost of setting up a pottery studio at home?

Other studio potters are more concerned with creating forms for their uniqueness and beauty. These “art” pieces might still retain full functionality, or they may move toward being more sculptural. Many of these are “one-off” pieces, meaning they are one-of-a-kind. In modern times, alloys and ceramics are standard materials. Most households have appliances and utensils made from these materials. However, are these materials the same? How are they different? A ceramic has different chemical properties from an alloy. Their unique characteristics, such as conductivity, strength, chemical resistance, and workability, make them unique. Moreover, they have… 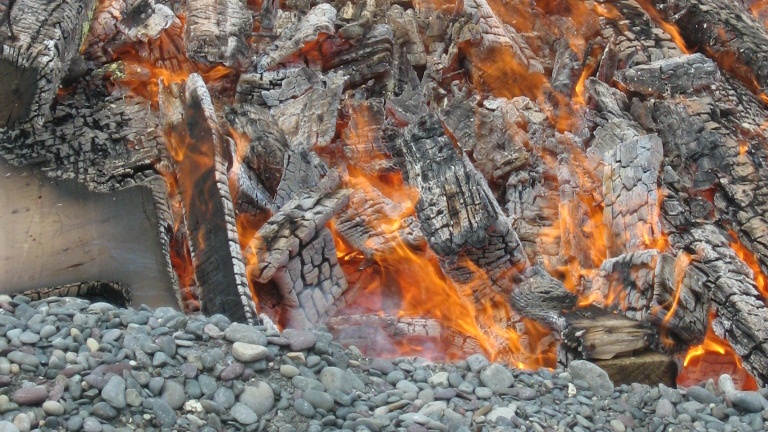 Painting ceramic pieces can do magic: old, tarnished items can be easily transformed into fresh and beautiful pieces of home decor or kitchenware. When potters seek additional colorful effects on their clay pottery pieces, they might be wondering what kind of paint to use. You can paint ceramic items using different types of paint. Bake-on… Have you ever crossed your mind about how it is to work with your own clay? There is something special in local clay and its impurity. Clays that you dig from nature can make wonderful slips and slip glazes if you experiment with firing temperature and fire them at a bit higher temperature than usual….

Have you ever thought of peeping into your grandma’s cooking style? Why are the foods so delicious? The secret you will find is cooking in clay pots which will give you a magical sensation. However, you cannot pass over the other side of a coin. Cooking in clay pots has some downsides too. So, what…